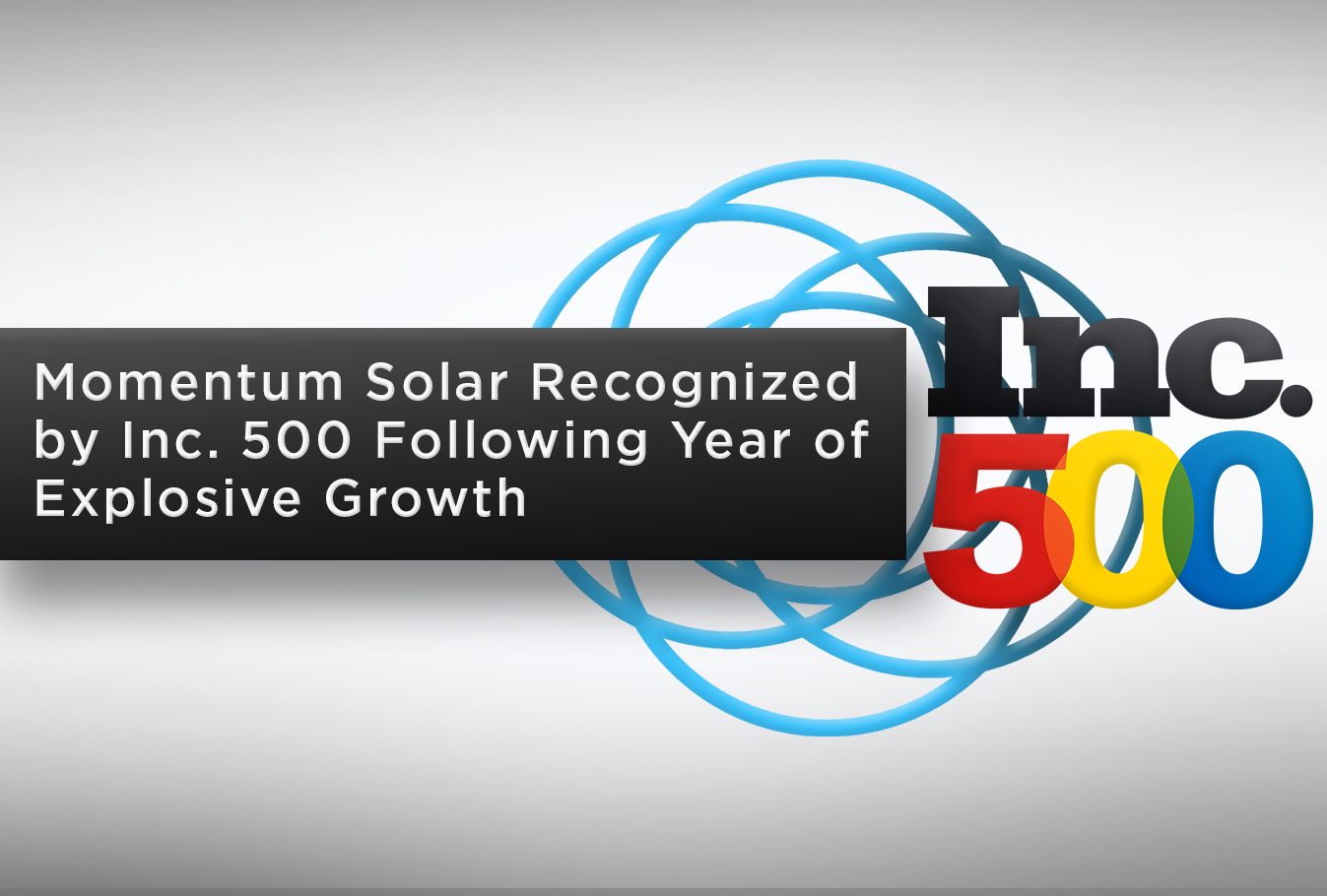 Momentum Solar is honored to be selected by Inc. as one of the fastest-growing private companies in the nation for the second consecutive year. A veteran in the solar industry, Momentum was founded in central New Jersey in 2009 and experienced significant growth in the years following. The company has since earned several achievements and expanded services into New York, southern California, and southern Florida. Today their top tier installation services are a competitive player in the solar market.

“We look forward to 2018 as we continue to educate homeowners on the societal and financial benefits of going green while creating jobs and boosting the economy,” said Momentum Solar CEO Arthur Souritzidis. “We’re only getting started.”

Momentum previously ranked #883 on the Inc. 5000 list and #204 on Solar Power World’s list of Top Solar Contractors — two impressive awards for a company of its size at the time. In the months following, Arthur, Momentum’s CEO, was selected by Forbes as a 30 Under 30 Energy Entrepreneur alongside fellow innovators in the energy space. According to Forbes, Arthur stood out as one of “The Best Minds Planning How to Power Our Country” at the age of 29. This honor, coupled with other notable accolades, has set the stage with endless opportunities for the once-small business.

Momentum now employs over 650 people across four states and has ranked #67 on the Inc. 500 list — a 5,223% increase in just one year. They were also named by Solar Power World as the 93rd largest solar company in 2016 and has since seen an even more impressive increase in installations. As a result of their continuous growth, Momentum is now considered among the top five largest residential solar companies in the nation with additional territories earmarked for expansion later this year.

About Momentum Solar
Momentum Solar, founded in 2009, is a top solar contractor and Inc. 500 fastest-growing private company that employs over 600 people nationwide. The company is committed to making solar panels affordable, providing savings for their clients, and helping the environment. Their team of in-house professionals has an extensive wealth of knowledge in designing customized solar power systems for both residential and commercial properties. Momentum Solar manages the entire customer life cycle from the sale to design, engineering, permitting, installation and activation of the system to make the process simple for homeowners and business owners.

Please fill out the required filed. This will allow Momentum Solar to calculate state and utility incentives to maximize your tax benefits.

Please upload or take a picture of your most recent utility bill before we proceed.