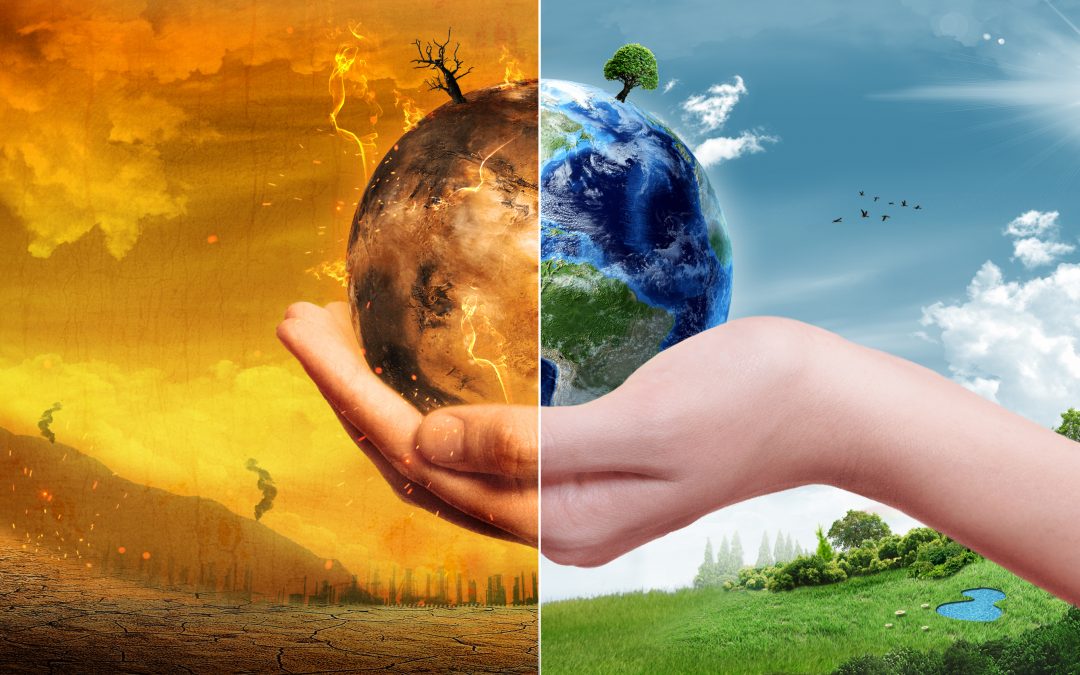 People around the globe have been discussing climate change for years, and the topic is more popular now than ever. But what exactly is climate change? Is it as big as a threat as some reputable sources are telling us, and is there anything we can do to help stop it?

Read on to learn what climate change is, how it affects our environment and what changes we can make in our lives to keep our Earth healthy.

Climate change describes the long-term change in Earth’s average weather patterns locally, regionally and globally. You may be thinking, “So what? We have different weather every day” but weather is different than climate. If one day has hotter weather than the day before it, this is no cause for alarm. However, Earth has been seeing long-term changes in average temperatures. Over time, this can cause significant changes to our environments and harm entire ecosystems.

Scientists have been saying for years these changes are not natural. “Changes observed in Earth’s climate since the early 20th century are primarily driven by human activities, particularly fossil fuel burning, which increases heat-trapping greenhouse gas levels in Earth’s atmosphere, raising Earth’s average surface temperature. These human-produced temperature increases are commonly referred to as global warming” [1].

What Can We Do to Stop Climate Change?

Humans are largely responsible for climate change, but there’s plenty we can do to help reduce the effects in the future.

“On Earth, human activities are changing the natural greenhouse. Over the last century the burning of fossil fuels like coal and oil has increased the concentration of atmospheric carbon dioxide (CO2). This happens because the coal or oil burning process combines carbon with oxygen in the air to make CO2” [2].

One answer to this issue comes from the renewable energy industry. Renewable energy comes from replenishable sources such as sunlight, rain, wind, plants, tides, algae and geothermal heat. Since this energy is coming from nature, these sources are readily available everywhere – including remote and rural areas that may not have access to traditional electricity from conventional power. Green energy can replace fossil fuel in all major areas of power, such as electricity, water, space heating and fuel for motor vehicles.

Millions of homeowners have already made that step towards a cleaner tomorrow by switching to solar energy. It’s so popular because solar is one of the easiest ways to go green while saving on your utility bill – you get the best of both worlds! Solar energy is renewable, clean, sustainable and reduces pollution otherwise caused by fossil fuels. Once you go solar, your carbon footprint will be significantly reduced in a short amount of time.